Impacting One Child at a Time 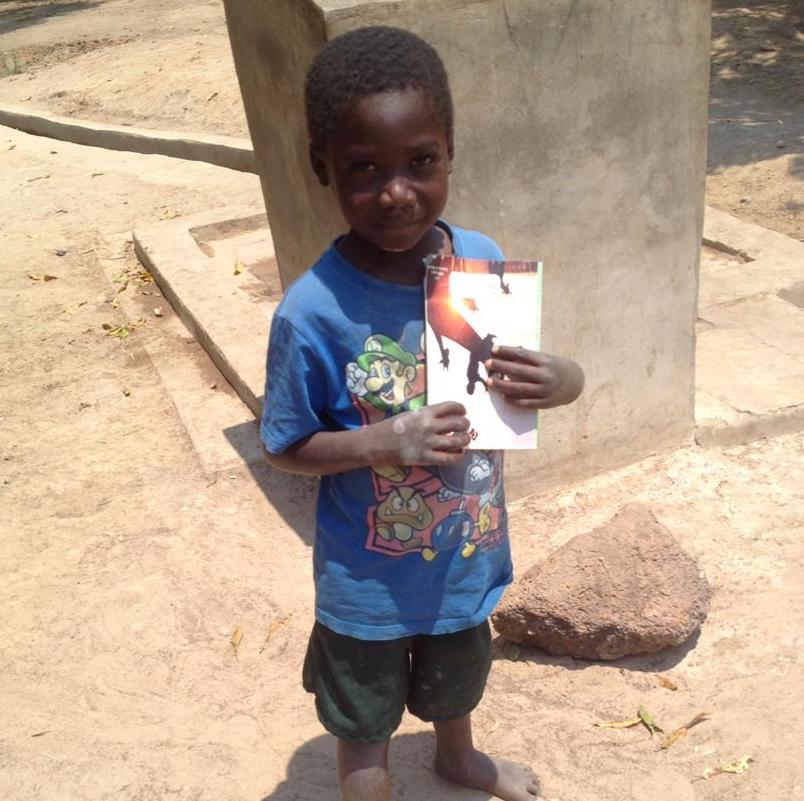 (a picture of Elvis near the well by the school)

Many of you know from pictures and previous blog updates that the school in Twashuka has begun a feeding program for the children every morning before school. But many of you don’t know how it started.

It all began with a little boy, Elvis, a double orphan living with his aunt. He came to school every day and we noticed that he was never properly clothed. As we looked deeper into the situation, we learned that his aunt didn’t look after him much and didn’t give him the clothes that he needed. So we took it upon ourselves to provide the clothes for him.

Some time after, one of our teachers called to our attention a few things about the little boy. His little stomach had begun swelling and his hair was falling out- obvious signs of malnourishment. Charles, our head teacher, was the one to talk with Elvis. He asked the little boy if he had been sick recently. The answer was “no”. When he asked Elvis how much food he received at home, Elvis replied that they usually ate a meal once a day. But due to a lack of resources, their last meal had been two days ago.

Charles’ eyes filled with tears at the answer for the little boy. Letting the boy go, Charles walked away from the school house and he wept as he poured out his heart before God, telling Him that no child in this school will die of hunger if he had any way to prevent it. Then he begged God to send resources so that the school could provide a meal for these children every day.

After this, we began praying and trusting God to open the doors for us. As we were praying, we were reminded of the story of the feeding of the five thousand (John 6:1-14). The disciples wanted Jesus to have the people sent away to go and eat at home, but Jesus told them that they should give the people food instead.

The school in Twashuaka was about to close for the semester, but we felt God challenging us to put together whatever little we had and try to launch a feeding program by faith. So for the two weeks before the school closed for the semester, we contributed what little we had to this budget of faith. We knew that if God wanted these children to be fed, He could (and certainly would) provide the means.

When school closed we continued praying and trusting God. We shared this burden God had laid upon our hearts with other people and Christian friends and prayed that God would lead them to contribute towards this outreach.

When school opened after break, God had already spoken to the people we had spoken to and they began contributing in different ways. Some people gave us sugar, ground nuts, maize grains for porridge, and other food products. Some people donated money so we can purchase the food ourselves. Others gave us their prayers, which we always appreciate. Though we don’t have many full time sponsors for the children at the school, we are trusting God to give us such people. 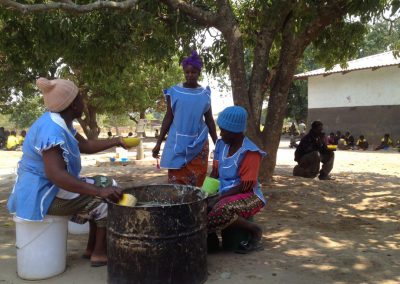 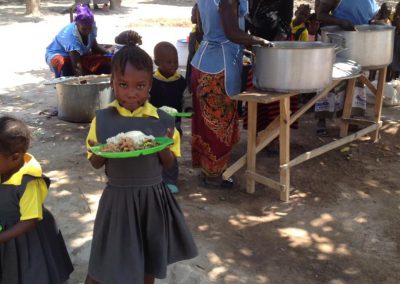 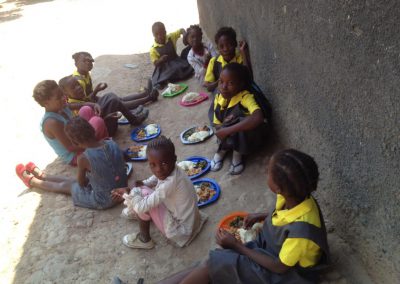 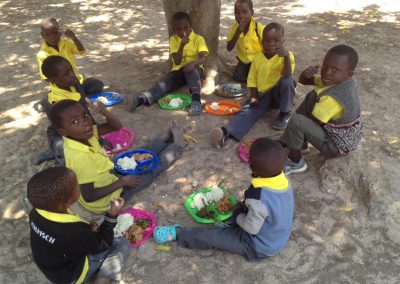 The program is still going on by God’s grace and we have seen children’s lives changed as result of this program. We have seen an improvement in school attendance and the motivation to learn is high. The children can stay in school longer, because they have enough energy to learn. We thank God for this!

Many children used to leave school the moment the clock struck eleven because they were hungry and weak. This problem affected almost every child in the school because of high poverty levels in the community and this made our work very difficult.

We need more sponsors for these children so we can continue this feeding program! It is through sponsorship donations that we are able to keep children like Elvis from a life of malnourishment.

There are over 300 children who need sponsors and currently only 15 are sponsored.  If you are able to sponsor a child or even donate towards a sponsorship, it really helps.  Any monthly gift is needed and really valued in this work.