Bringing the Gospel to All Nations through Backpack Videos!

Another thing we wanted to update you on was the backpack projector system we brought over. Aaron’s team was so amazed that an entire projector system could even fit inside a backpack! You have to know where they are coming from. When they do a Jesus Film showing in a village, it’s a huge amount of work. First they have to schedule a time, once that day comes, they have to get a generator, a projector, and a sound system ready. This sounds easy, but in Zambia, hardly anyone has these things available all at the same time, I think Aaron said that he knows of only 1 church who has a projector. Getting all these things to work out is very very hard to do, and so, showing the Jesus Film or other discipleship videos in villages is very hard. So the fact that everything is all included and fits in one backpack, is just mind-blowing to them. They were very excited about this. It is an invaluable tool that will be used regularly in these villages they minister to. We had the opportunity to set it up a few times to train them on how to use it.

One of the nights we were doing that, another missionary team of 6 stopped by last minute to sleep at Aaron’s house. They had been traveling for 15 hours on their way to Solwezi (a western province of Zambia). Since we were in the middle of setting up the projector, we showed it to them and they too were blown away. So much so, that one of the men, jokingly was trying to “steal” our projector for their mission work. 😂 A few days later, they texted me for information about it because they want to raise the funds for three of them for their teams in Mozambique, Zimbabwe and Malawi. Just the fact that they could immediately see the benefit was an encouragement to us that we brought over the right tool! 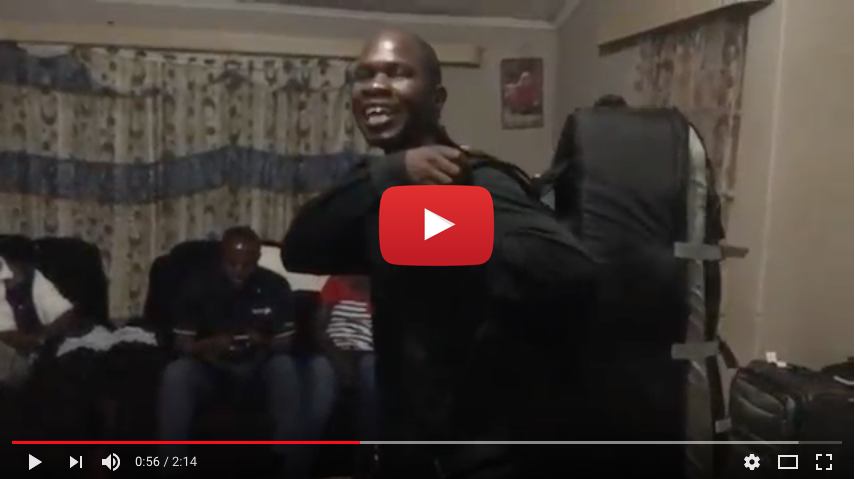 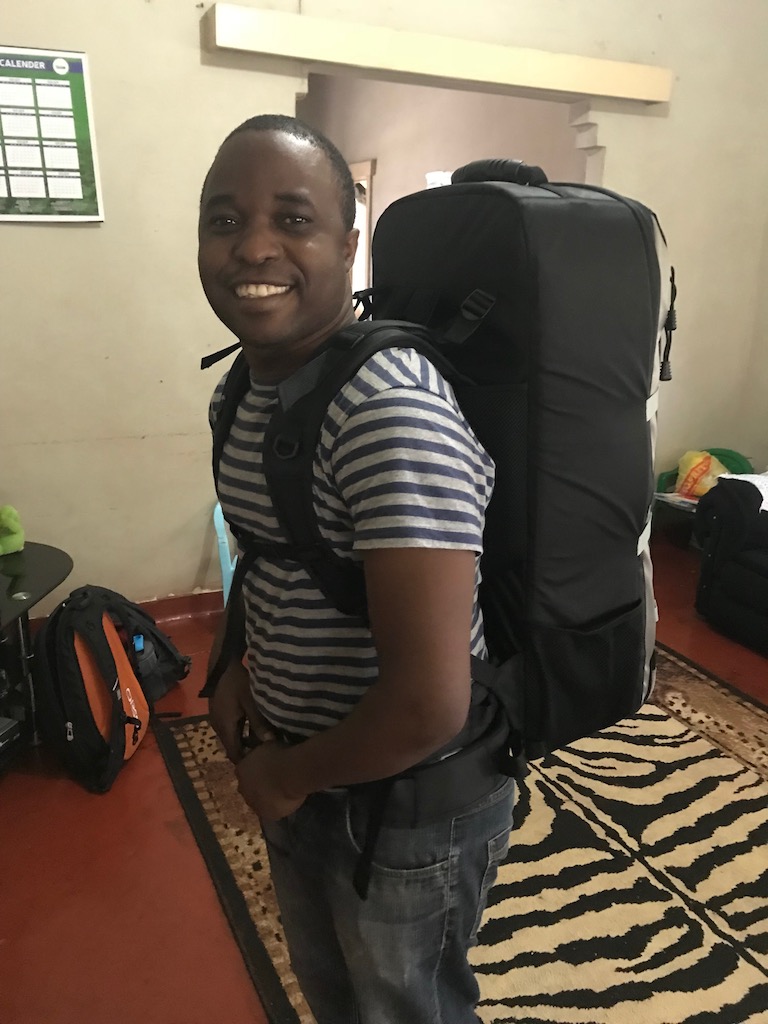 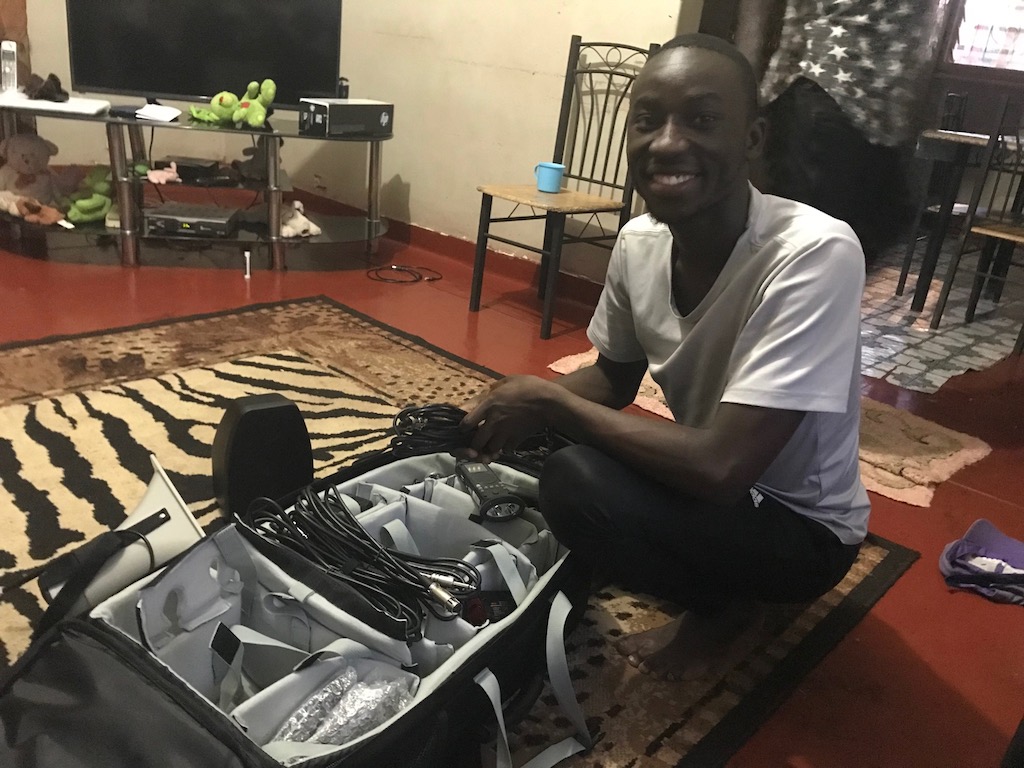 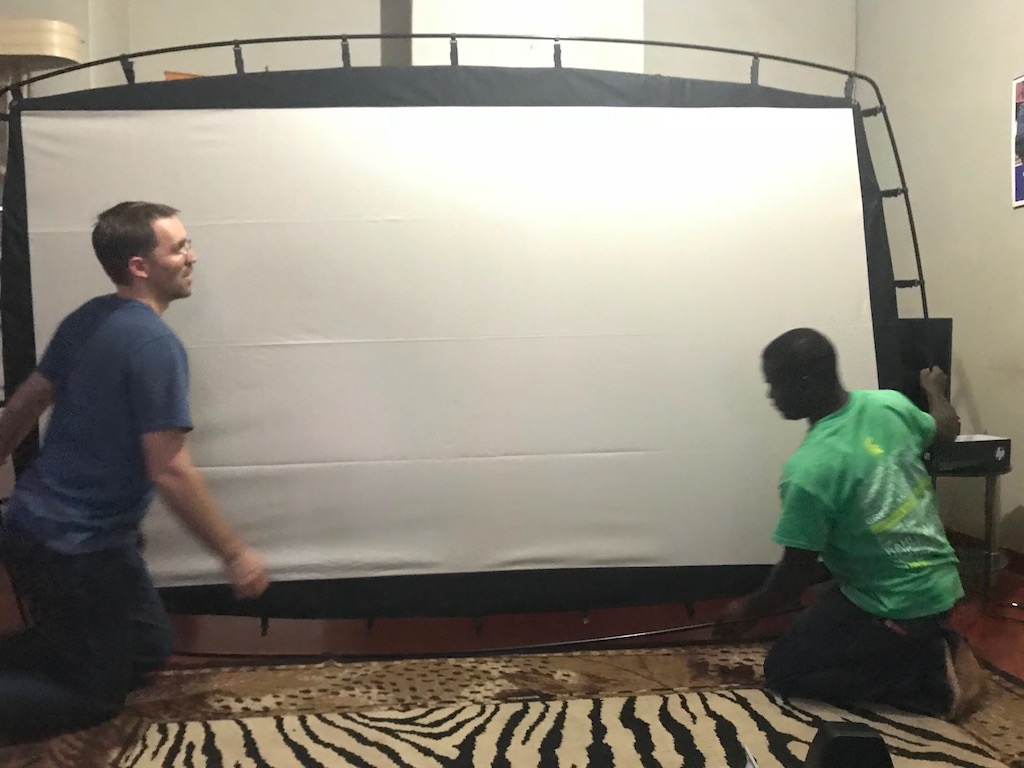 As you can see, the fields are ripe for harvest here in Zambia and people are coming to Christ and being set from from their addictions.  This is very exciting to us.  Next week, the work continues in the village of Kapupulu as they will be the first village Aaron plans on showing The Jesus Film, using their new Projector System we brought over.

Although 140 of 1,000 have come to Christ, the believers are praying for a complete transformation in their community.  Although we only got to see 2 villages on our visit, Aaron’s team works in 5 total.  The Word of God will not return void.  Our God is powerful.    Please join with us in praying boldly on behalf of these Zambian communities, that lives will be changed for His Glory.

The need for more Bibles and Audio Bibles is real. Bibles in Bemba are not even available in Zambia!  But we have access to them in the USA.  If you would like to contribute towards more Bemba Bibles for this growing community, please give online here.  Every little bit goes a long way in Zambia.  Let’s flood these villages with the Word of God!