The breeding place for criminals — transformed!

Most days we traveled to the school to visit the teachers and the children, but on Friday we had an extra special day because we did that and we had the opportunity to visit folks in the village and hear the stories of God’s grace.

You see, this work of God didn’t begin with the school.  The school’s the result of God’s miraculous work in the community, over years of prayer and discipleship.  But it all began with prayer.

In 2008, Aaron and Charles became burdened to reach the people of Walale.  The community was nicknamed “the breeding ground for criminals” because it was just that bad.   Aaron and Charles began walking around the village of Walale and just praying for hours on the streets and with whomever they met.   At first, the people thought they were Satanists coming to curse the village, but they persisted in prayer.  They invited the villagers to a big tree to learn more about the Bible, worship and pray.  It started with a few people coming to Christ and since then God has been working powerfully and things are changing for the good.  Walale, formerly a place with a bad reputation, got a new name – it is now known as the village of Twashuka, which means “lucky place”.  People from all around the surrounding areas are hearing about what God has done, even the Zambian Government has taken notice.

We had the opportunity to go beyond the school into the village, filled with huts and cement block houses with thatched or aluminum roofs.   As we walked through the narrow dirt roads, we saw gardens and foliage that was well kept. Women were working and children were running through the narrow dirt streets, seemingly unattended.  But when we stopped to look, an adult would appear from out of nowhere to graciously greet us.

The team took us to visit some people whose lives have been changed by the work of Jesus Christ in their hearts.  First we visited a woman I’ll call “Agnes”.  When they first came to the village, she was addicted to alcohol, spending anything she could earn to get more drink.  Dancing all the time, not caring for her children as she knew she should.  As they began to meet and pray and study, Agnes came to follow Christ and that day, she said she was released from the power alcohol had over her.  She did not drink again.  She became the hostess of the first house fellowship in that village and one of the first lights to shine brightly in that community.

Her transformation started a revival in the village.  People saw a change in Agnes and starting asking, “What’s going on with this woman?  Why is she so different?”  Because of the work God did in Agnes heart, many more in the village came to faith in Christ.  Little did they know that this was the first wave that was wash over the village for good. 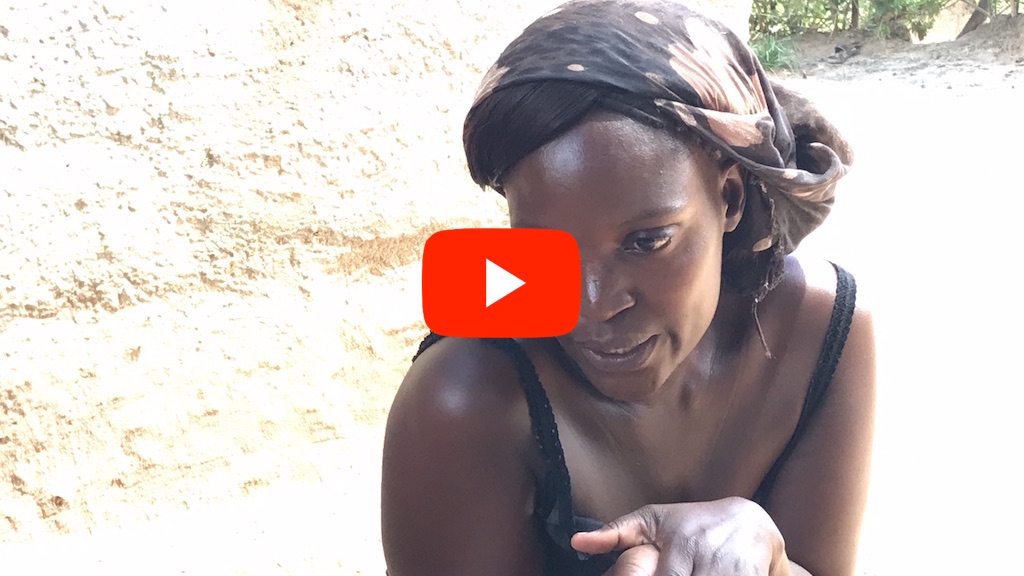 There are many others who gave testimoney of how the village has changed.  “Sarah” is currently raising her grandchildren in the village.  She spoke rapidly in Bemba, and expressed her gratefulness for the school and the spiritual influence it has on her grandchildren.  She had a lot to say in regard to how she has seen a transformation in the village.  Sarah spoke proudly as she said, “My granddaughter reminds me to pray now. She won’t let me eat a meal without asking us to pray first.”  This is a woman whose life is not easy, she had few crops or furniture, but her welcoming spirit was evident. 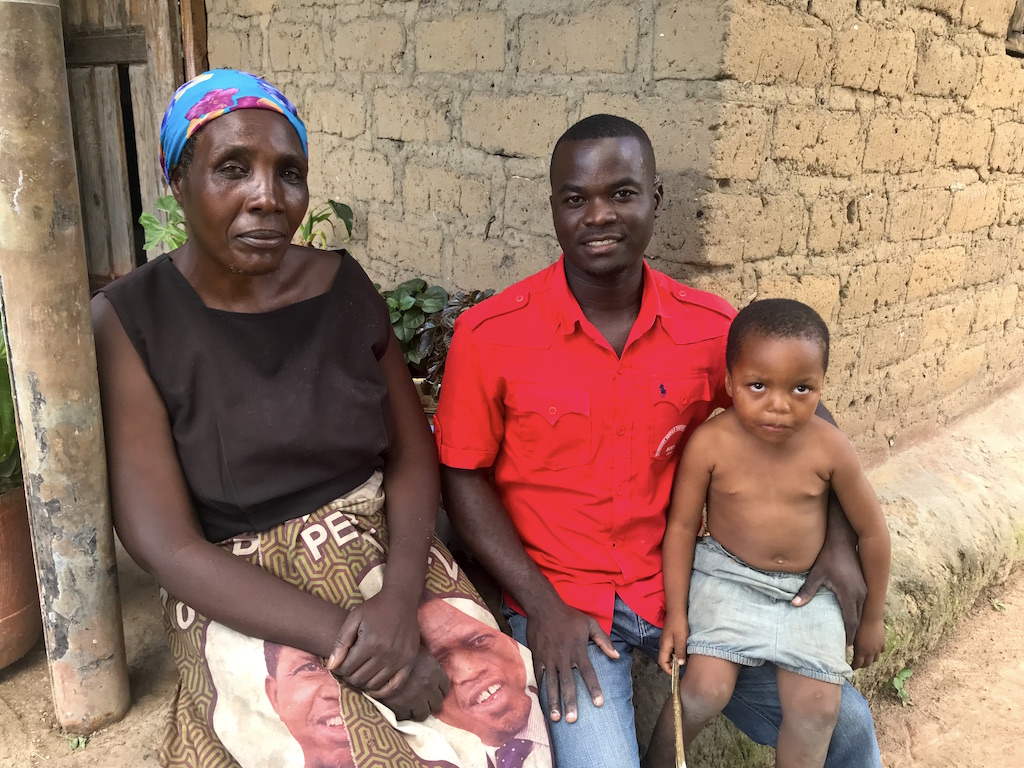 Aaron also introduced us to a fellow believer who was in need of prayer, so we prayed for her healing and strength to return. Finally we met an older couple in their 70s, whose entire yard was a cultivated garden. She was working on shucking corn from their plentiful garden and he was attempting to repair his bike tire, but seemed to be struggling to see. Thanks to your donations, Aaron will be bringing him glasses on his next trip to the community. This couple was filled with kindness and joy and blessed us plentifully with ears of corn. 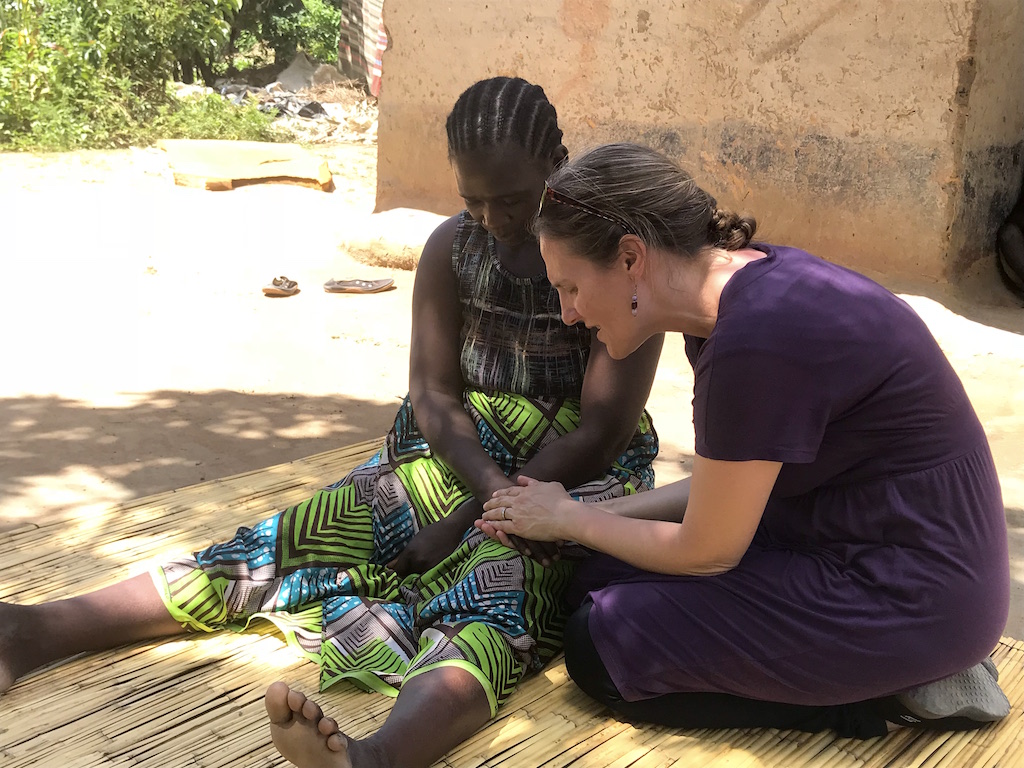 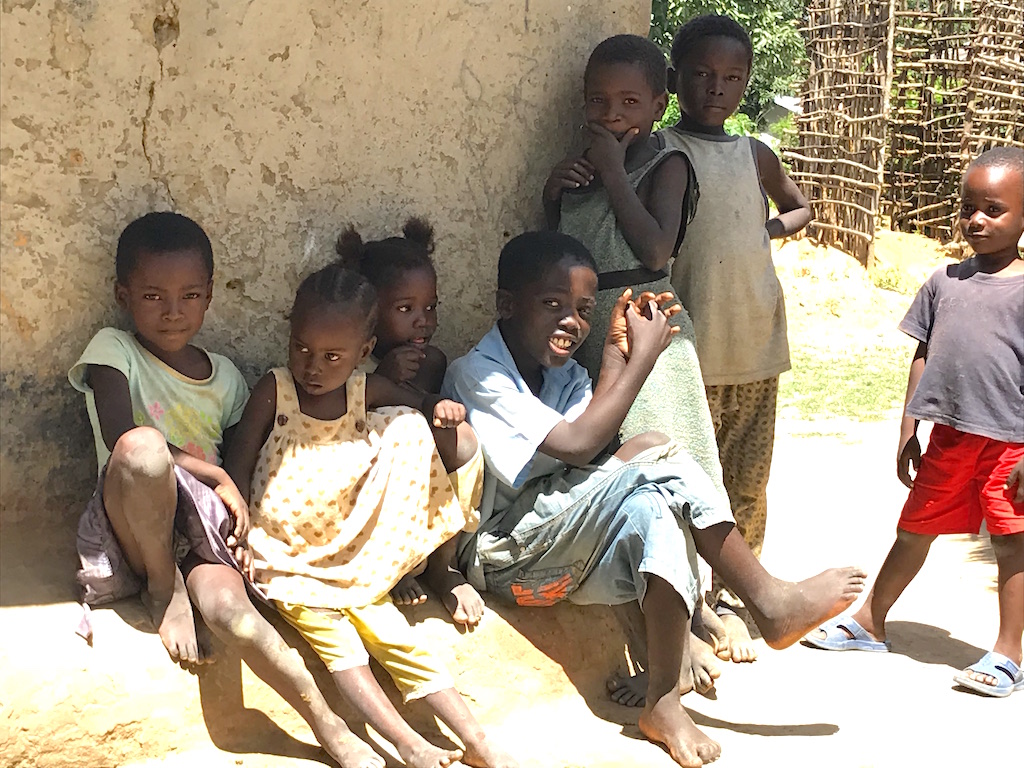 These folks we met open their homes to others for fellowship and prayer in a very lively and active and changing community. Praise to His name!

This is the result of more than 10 years of prayer and laboring of the Gospel of Christ. Next time, we will write about another village we visited called “Kapupulu”, where God’s Work is just beginning. 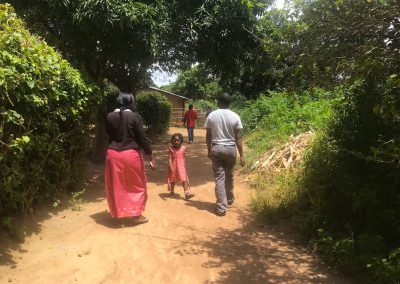 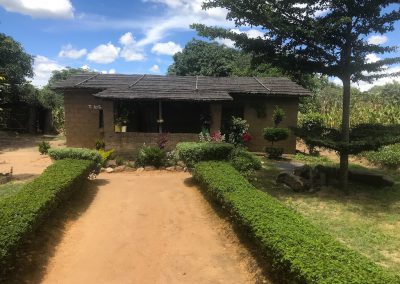 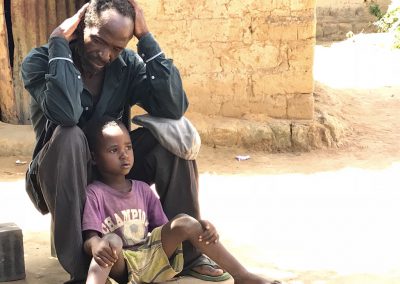 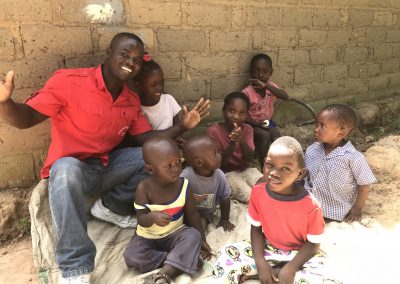